Maca Energy –  The History and Tradition 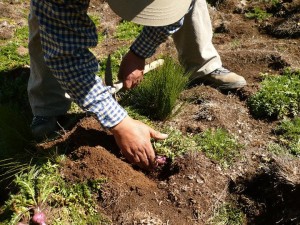 We know that Maca root has been used to boost energy for several thousand years. Although the first written reference to the simple root comes from 1553 in a chronicle of the Spanish conquest of the Andes, oral traditions confirm that the root has long been valued as a nutritional supplement, a fertility enhancer for both animals and humans and an energizer. Maca’s potency was so valued to the inhabitants of high altitudes in the Andes that it was often used as a currency for trade. In addition, warriors, both Incan and Spanish consumed large amounts of Maca root before going into battle in order to increase their energy, prowess and recovery time. In more recent times, Maca’s energy boosting properties are one of the major reasons it’s become one of Peru’s top agricultural exports.

What Does Science Say About Using Maca For Energy?

Since the late 1990′s, many of the potential benefits of maca have been analyzed in studies. A good number of them have been focused on Maca’s ability to increase fertility and improve libido naturally. There have just been a few that have focused on maca for energy, but the results have been impressive.

How Does Maca Work To Boost Energy?

Maca is very different from other types of energizers on the market. It contains no caffeine, no processed sugar and no pharmaceutical energy enhancers. What that means is that Maca boosts your energy in a balanced and sustained manner and that it never stresses your adrenal glands like the aforementioned energy enhancers.

There are several things Maca does to boost your energy:

Maca As an Energizer – from some of our customers

There is no doubt that Maca is working to energize people’s life naturally and healthfully everyday. The history shows it, the science shows it and comments from our customers show it. Here are a couple:

“After only a few days of taking Maca, I had to work two double shifts at work. Usually, after the first I am really tired. I noticed that I sailed right through this without any fatigue. I thought for sure I would be wiped out after the second shift. But I was amazed that after very little sleep in three days I felt great!” – L. W. – Norristown, PA

” I am pleased to report that after 2 and a half weeks taking MACA, i ran the most effortless TC 10K run in 10 years without any training (I use this one run a year as a benchmark for my fitness), took almost a minute and a half off last years run and have almost returned to my pace of 10 years ago.” – Rodney, Whangarei, New Zealand

Which Maca is Best for Energy Boosting?

In our experience, Red Maca is great because it’s the highest in phytonutrient content of all Maca colors. Black Maca is also very good and has been shown to have particularly strong hormone-balancing properties for men and women. Black maca products seem to be best for naturally boosting libido and sperm count in males, which can positively affect energy levels.

Find out which Maca is best for you here.