What Is the Origin of Maca?

Maca is an important root vegetable in the mustard family. It is one of a very few crops that can be grown in very inhospitable regions and at extremely high altitudes (up to 15,000ft / 4500 meters). Maca comes from the Peruvian Central Andes and even today the best quality and most effective Maca is still cultivated there.  Although it can be grown successfully in other climates, the medicinal root of Maca is neither as large or as potent as when grown in the high Andes.

How Long Has Maca Been Cultivated?

Archaeological evidence suggests that domestication of Maca began about 2000 years ago in what is now Junin, central Peru. It is believed that people indigenous to the area began using Maca themselves after they saw the positive effect that it had on their livestock, in terms of energy and especially fertility.

What Are The Historical Written References To Maca?

The first written references to Maca come from Spanish explorers and conquerors of the 1500s. 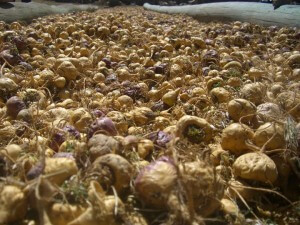 How Has Maca Been Used?

Natives of Peru eat up to 20 grams of dried Maca for health improvements. Maca is a very nutritionally dense plant and extremely important to overall health in a region where little else grows. Maca is said to increase energy and stamina as well as to boost fertility and libido.

Maca In the Contemporary World

1964 was the first time that Maca was introduced Maca to a large scale international audience, but it wasn’t widely accepted at that time. In fact during the 1980s Maca cultivation reached record lows. But in the late 1990s Maca powder began to be used by health conscious doctors and people outside of Latin America. From 2000 to 2010 Peru’s export of Maca grew 5 times, making Maca powder one of the country’s top exports.

If you have any questions, please contact us. We’re happy to help.